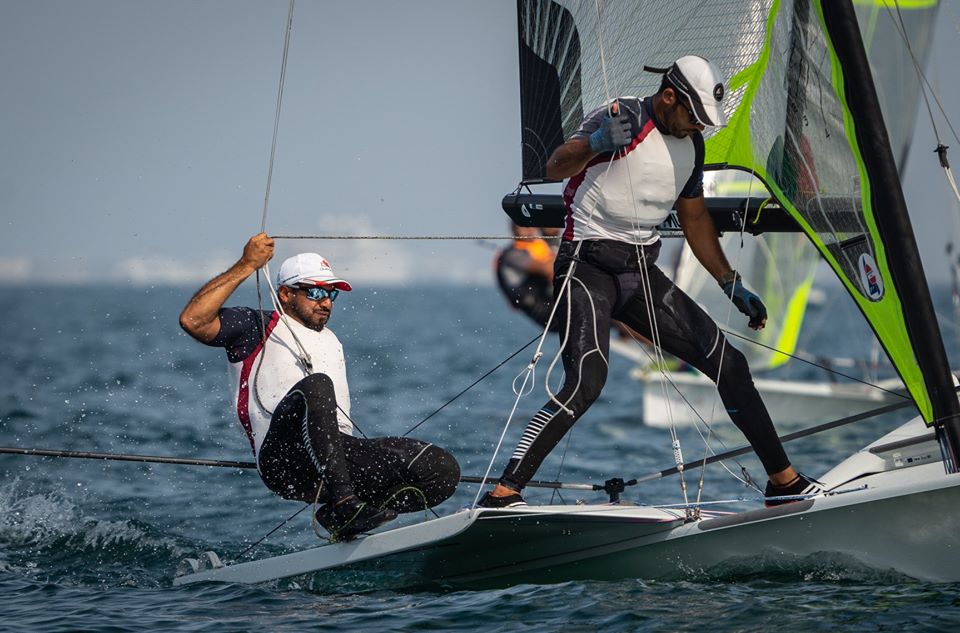 Muscat, 10th November 2019: Musab Al Hadi and Waleed Al Kindi have made a strong statement in their bid to become the first Omani sailors to qualify for the Olympic Games, after winning the 2019 49er Asian Championships in Abu Dhabi.

This week’s championship regatta in Abu Dhabi was the first competition for Musab and Waleed after four months of training, and the overall win was a huge reward for all the hard work of recent months.

Oman Sail CEO David Graham said: “I am delighted with the result and congratulate Musab, Waleed and their team for the effort over the past week.

“It is really incredible to see how Musab and Waleed continue to achieve while representing Oman on the world stage. The effort they put in is to be commended and the result in Abu Dhabi is a testament to how hard they have been working. We couldn’t ask for better ambassadors for our youth sailors.”

The past four days of racing were anything but smooth sailing. All of Musab and Waleed’s skill was needed on the opening day of competition, with the 8-10 knot breeze and choppy conditions setting the scene for some very technical racing. But the Omani team was more than up to the task, winning one race and improving with every outing to finish the day in second place overall.

The shifty wind prevailed on Thursday, and in the light conditions, the Omani team dropped to third on the leader board. But on the penultimate day, Musab and Waleed excelled, winning three out of four races and placing second in the other to move back into second place.

The dominance on the water continued on the final day, with Musab and Waleed competitive from start to finish to come away with the gold medal.

Following the win, Musab said: “This was a great result for us. The most important takeaway was how well Waleed and I worked together. We are really looking forward to our upcoming events and achieving more for Oman.”