International Optimist championship gets off to a flying start in Oman 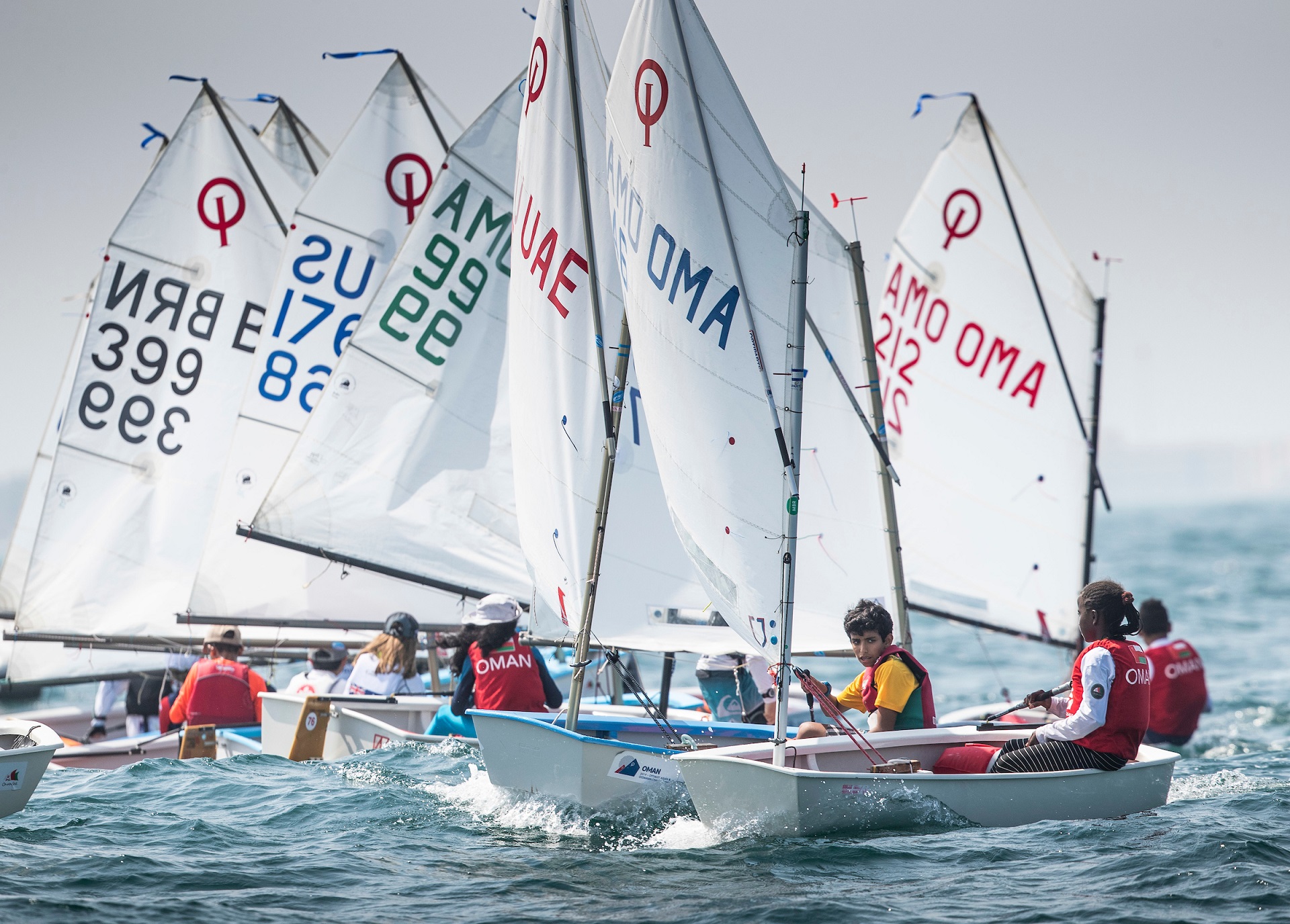 Muscat, 3rd October 2019: Young racing sailors from 21 countries have taken to the water off Oman to contest the opening rounds of the high-profile 2019 Optimist Asian and Oceanian Championship.

World class youth sailors showed their skills and determination at the start of a week of high-intensity sailing at the showcase International Optimist Dinghy Association (IODA) event being held at Mussanah Sports City.

With 141 of the world’s best youth sailors taking part in the prestigious regional championship, the competitors were split into two fleets – yellow and blue.

After three races on the opening day members of the well-regarded Thailand team held three of the top four places overall, with sailors from Malaysia, Brazil, Hong Kong and Oman also in the top-10.

“It was a great racing, though a long day on the water for everyone with good, high quality racing,” said Rashid Al Kindi, Acting Director of Sailing for event host and organiser Oman Sail.

“Race management did a fantastic job and the weather forecast for the week is that we will have some really good conditions – it is a really great event for everyone.” 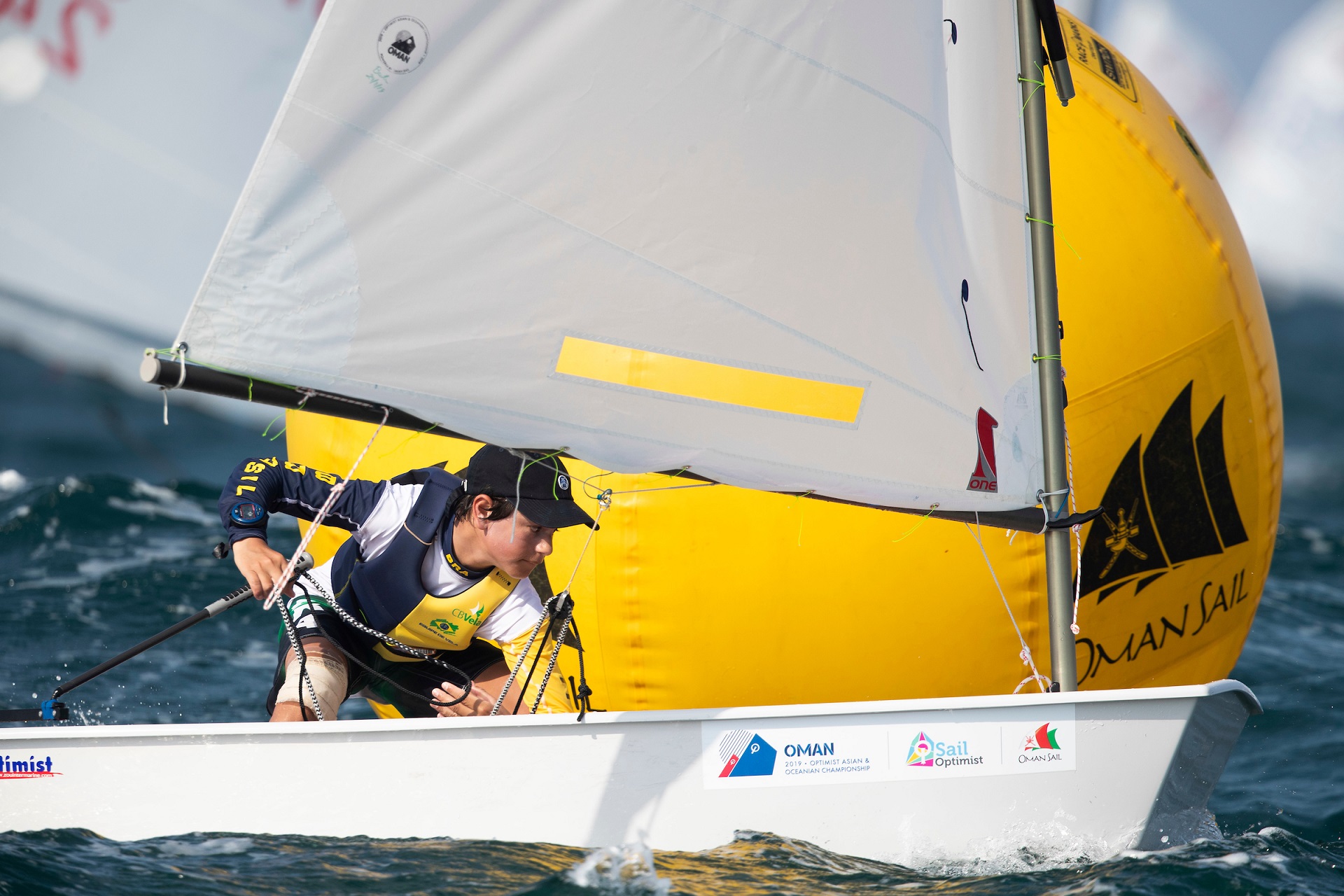 And he added: “We have some really good teams here – Thailand came here with their best sailors, who were world champions last year – so our Omani sailors are doing well against them and I was really impressed.”

Oman’s 16-strong youth team had made an early mark, with Saleem Al Alawi and Jihad Al Hasani both in the top-10 overall in the combined results – in fifth and seventh place respectively – while both Al Alawi and Mohammed Al Qasmi had each won races in their respective 70-strong fleets.

Detailed and co-ordinated organisation won the praise of IODA’s principal race officer Elena Papazoglou. The Cypriot official said: “The race management team on the water are great and doing a fantastic job and I am really happy to work with them.”

Coinciding with the on-going championship, the Millennium Resort Mussanah will host the Asian Sailing Federation’s 2019 AGM on Saturday. Among the topics for discussion are plans for the future development of sailing in the Asian region, and new sustainability initiatives to help take the sport forward.

Racing at the 2019 Asian and Oceanian Championship continues until Sunday 6 October. 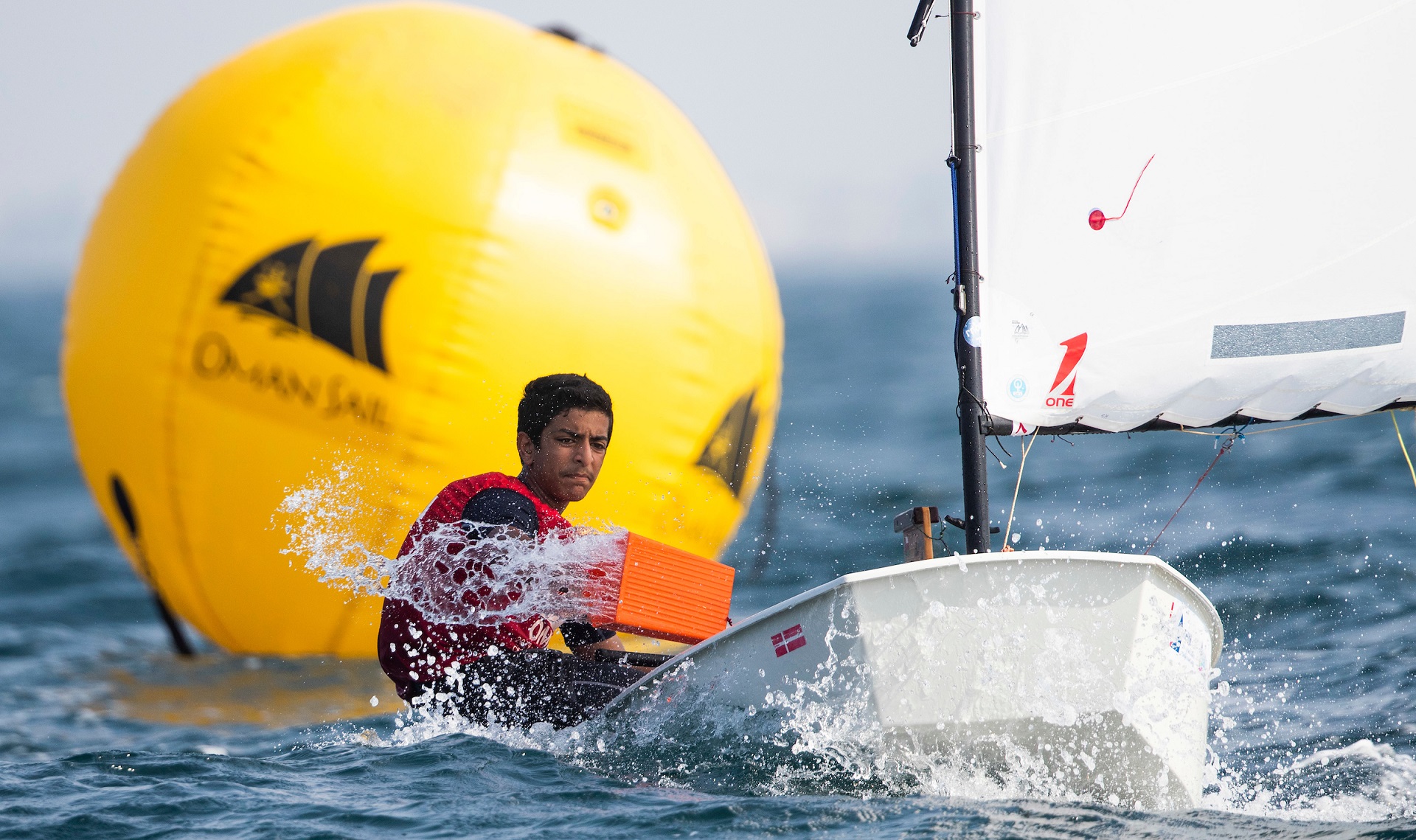