26th September 2021, Muscat: Oman Sail’s team finished the Marina Militare Nastro Rosa Tour in Italy in second place after powering through tough conditions to claim the silver medals. An excellent first week which saw the team leading at the halfway stage was followed by a solid second week against very strong competition. The team from France took the gold ahead of Oman, with Italian Luna Rosa team in third.

The event was a showcase for offshore and inshore racing in identical DIAM24 crafts around the Italian coastline starting in Genova a month ago. The tour then visited Rome, Gaeta, Napoli, Brindisi, Bari, Ravenna and concluded in Venice.

Starting strong, the crew notched up two first place finishes in their opening three races. This form continued as overall performance improved, culminating in an excellent performance on day one in Naples where they won all three races. 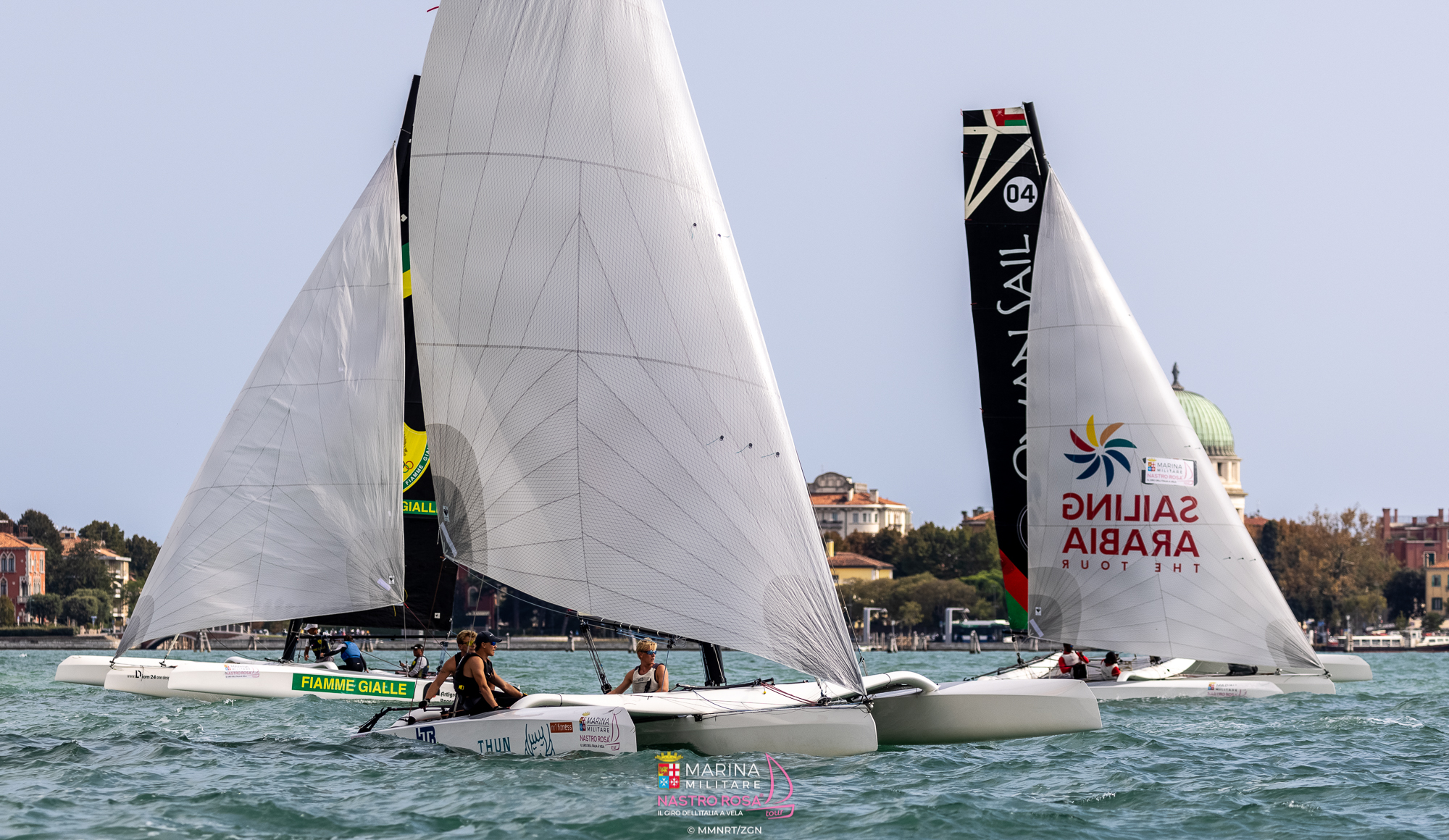 The second week began in Brindisi after a week of recovery and work in the gym. Conditions were difficult as winds changed but the team finished in second overall, although did have to contend with a disqualification in the final race of the day for a minor infraction. The remaining races included two inshore races and a 50 nautical mile coastal race, which the team coped with well, finishing third overall. They improved the following day with a second-place finish in Bari before heading to Ravenna for a short race, where they finished sixth, and a long 76 nautical mile coastal race where they finished fourth.

Venice hosted the finale and the team started well before succumbing to another disqualification in the last race of the penultimate day. They battled back on the final day but could not make the leap into first. The team had been scheduled to withdraw after racing at Brindisi in order to begin training in Switzerland, but the run of excellent performances resulted in the team remaining in Italy to complete the final race. 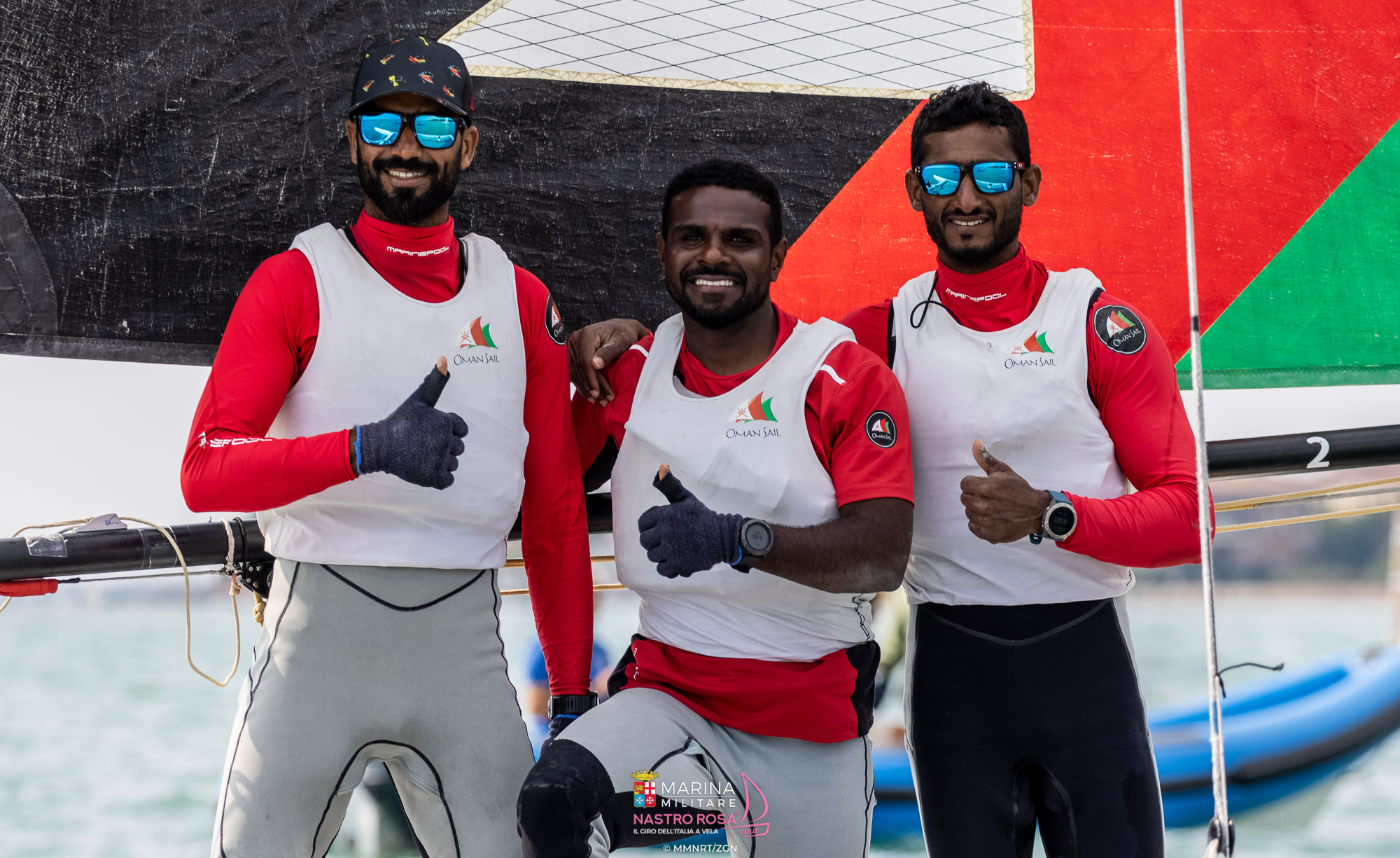 Nasser Al Mashari, Oman Sail team captain, said, “To finish second in our first event back after a long break is extremely impressive. Originally, we were not intending to finish, so to end the Tour in second has exceeded all expectations. I am proud of the entire team. It was great to get back on the water and test ourselves in the DIAM24. The in-port races and offshore legs provided a difficult test at times but we learned together and this bond will be valuable in our next adventure at the Star Sailors League in Switzerland. After that the team will return home to face visiting crews in Oman. It’s a busy season but we’re glad to be back sailing again.”

Team Captain Nasser Al Mashari, Hussain Al Jabri, Ali Al Balushi, Haitham Al Wahaibi and Akram Al Wahaibi will now join them as they prepare to battle it out in a series of Inshore Races for the Sir Roland Symonette Trophy, the first major international tournament for Oman’s team of elite sailors post-pandemic.

Crews from the Nastro Rosa Tour are due to take part in Sailing Arabia – The Tour 2021, starting in Mussanah on 24 November and ending in Muscat on 5 December as a busy winter season of sailing in the Sultanate comes to a close.