Muscat, 11th January 2021: Oman Sail’s 49er team has travelled to Dubai for a training camp as the sailors make their final preparations for the 2021 ASAF Asian Sailing Championship, due to be held in Abu Dhabi from 14-21 February 2021. The championship is the last qualification event for sailors in Asia to secure their place at the rescheduled Olympic Games in Tokyo later this year.

The team, comprising Olympic hopefuls Musab Al Hadi, Waleed Al Kindi, AbdulRahman Al Maashari and Ahmed Al Hasni, will be joined by a 49er squad from France and French yachtsmen Mathieu Frei and Yann Jauvin, a former French and European champion, who will coach the team on technical aspects of the 49er class dinghy.

Rashid Al Kindi, Oman Sail’s Director of Sailing, said, “Oman Sail’s ambitions to win an Olympic medal in sailing have been building towards the 2020 Games for over ten years. Although delayed, our focus remains on Tokyo and the training camps in that time have helped to ensure our sailors are in the best shape to compete in the upcoming Asian Sailing Championships and the Olympic Games. We are proud to get this far but we have one more challenge ahead of us before our dream of representing Oman at the Olympics becomes a reality.”

Hashim Al Rashdi, Oman Sail’s 49er Coach, said, “The 49er team has proven itself to be strong and full of talented sailors. Oman Sail has supported the team and invested a lot of resources into ensuring we are ready to compete at every tournament over the past four years and achieve Olympic qualification. This training camp in the UAE, the assistance from our experienced guest coaches, and the assistance provided by the visiting team from France offer new elements to our rigorous preparation which we hope will further inspire our sailors to achieve their goals.” 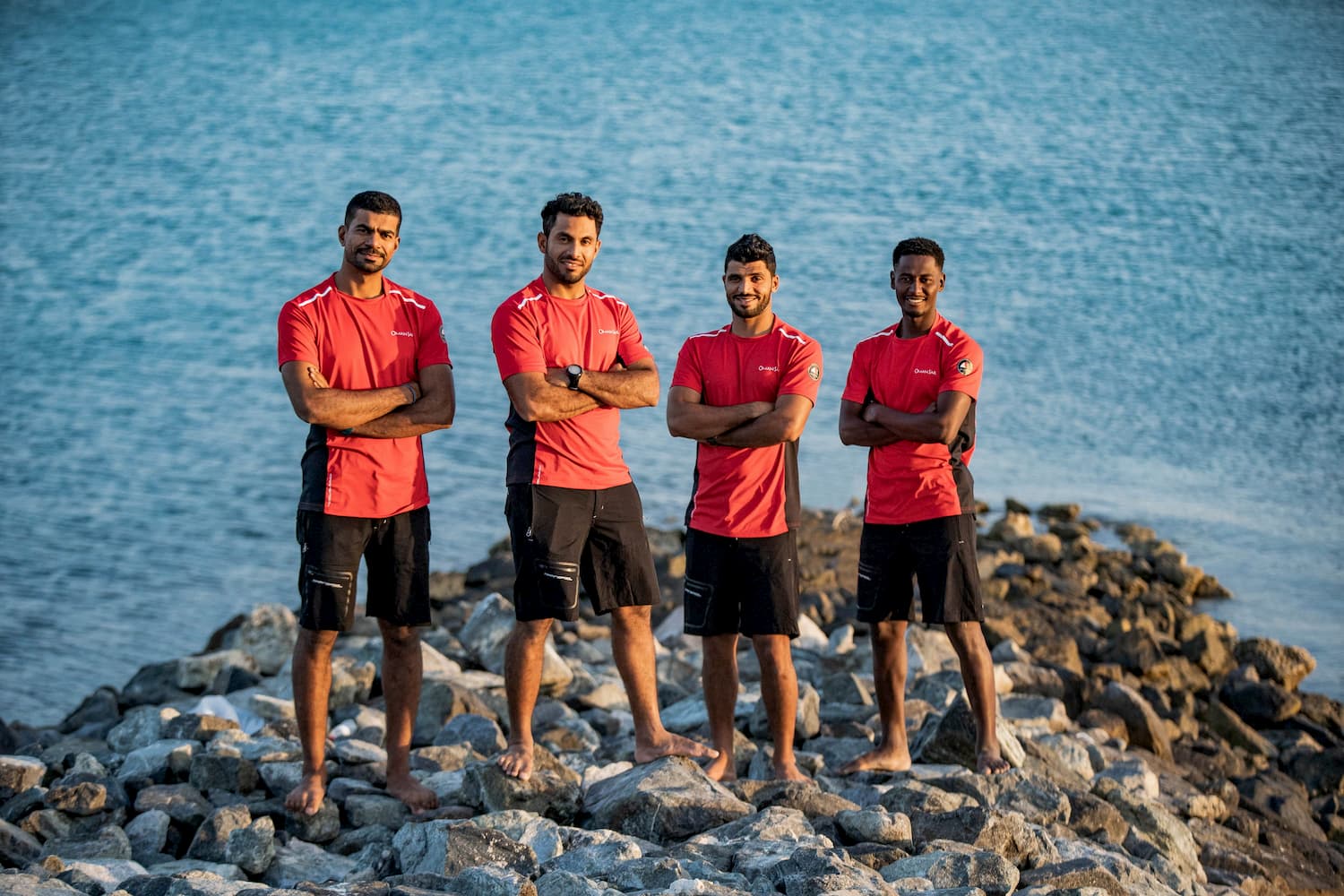 The team will also take part in a second training camp in Abu Dhabi from 22 January to 13 February 2021 as they make final preparations and aim to be at peak performance at the qualification regatta.

Following the Olympics in Japan, the team will return home to prepare for the 49er, 49erFX, and Nacra 17 World Championships on the home waters of Al-Mussanah Sports City in November 2021. Held for the first time ever in Asia, the event also serves as the first stop on the journey to the Paris 2024 Olympic Games where the Sultanate’s sailors will be looking to build on their experiences as Oman welcomes the sailing world to its shores once more.