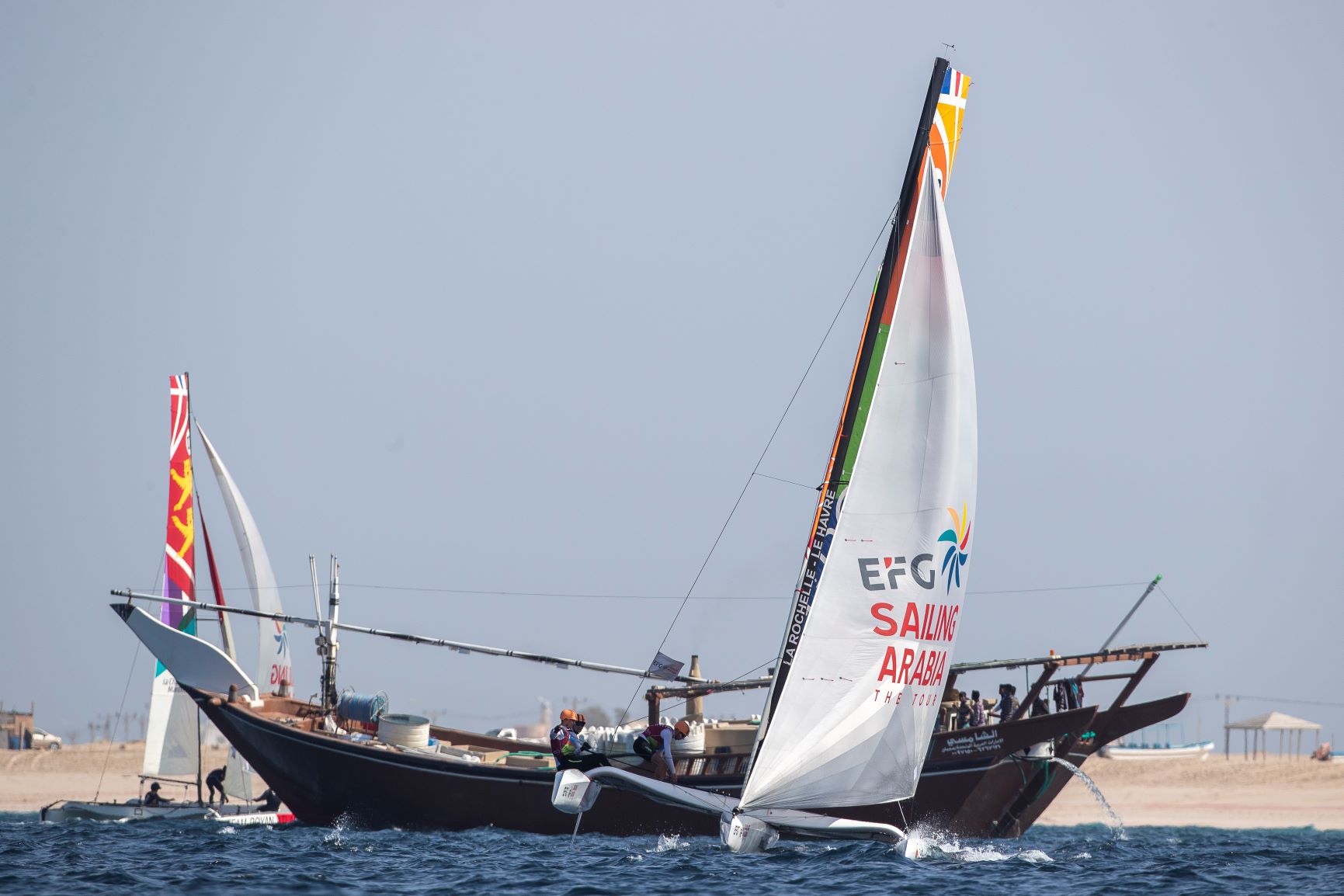 Muscat, 6 September 2020: EFG Sailing Arabia – The Tour will return in 2021 for the 11th year, organised by Oman Sail, to showcase the natural beauty of Oman and take the teams and spectators on a journey from Salalah in the south to the capital city of Muscat. Kicking off on 24 January 2021, teams will be challenged at five venues with a Coastal Raid at each, three in-port races and one offshore leg to test the teamwork, tactics and endurance of each crew.

EFG Sailing Arabia – The Tour provides the perfect opportunity for talented local sailors to compete against a strong international fleet in the Sultanate’s prime winter conditions. The blend of short sprints and longer campaigns require a variety of strategies which always delivers intense close quarter racing at the five diverse locations along the coast of Oman.

Saleh Al Jabri, Captain of the Jewel of Muscat and Race Project Manager for EFG Sailing Arabia – The Tour 2021 said: “EFG Sailing Arabia – The Tour has become one of Oman Sail’s most anticipated events each year, attracting a wide variety of sailing talent from across the globe to our shores and providing the opportunity for Omani sailors to develop. The Tour also creates avenues for vital community engagement and the chance to share our beautiful country with the world. This year marks the eleventh edition of The Tour, the third to be held solely in Oman, and another chance for the teams and spectators to experience authentic Oman on and off the water.”

Al Jabri added, “EFG Sailing Arabia – The Tour has grown in stature each year to become an important part of the international sailing calendar. This year it is in a position to significantly boost domestic tourism, empower local communities all along the coast and demonstrate the Sultanate’s deep-rooted maritime traditions to a growing audience. Each team will compete on identical DIAM24 crafts in a pure test of preparation and racing skill in warm conditions complete with a consistent wind which promises fast and competitive sailing.”

Since its debut in 2011, EFG Sailing Arabia – The Tour has attracted some of the biggest names in sailing to experience for 15 days of fast-paced racing.

The 2021 EFG Sailing Arabia – The Tour will begin in Salalah, a lush sub-tropical city in Oman’s south, where a number of teams from home and abroad will line up for the first Coastal Raid at Mirbat and the first in-port race at the Hawana Salalah Marina. Salalah has played a vital role in Oman’s rich maritime tradition and has been a thriving port since 100BC and it has a rich maritime history, where the Sultanate’s second largest city welcomed traders in frankincense and silk.

From there, the teams must make their way up the coast, with stopovers in Duqm, Masirah Island, two offshore legs between Sur and Ras Al Hadd, before heading towards a tense two-day finale in Muscat with a Coastal Raid and in-port race at Al Mouj Muscat where the trophy could be decided.