Date change not a problem for Oman’s Olympic sailing hopefuls 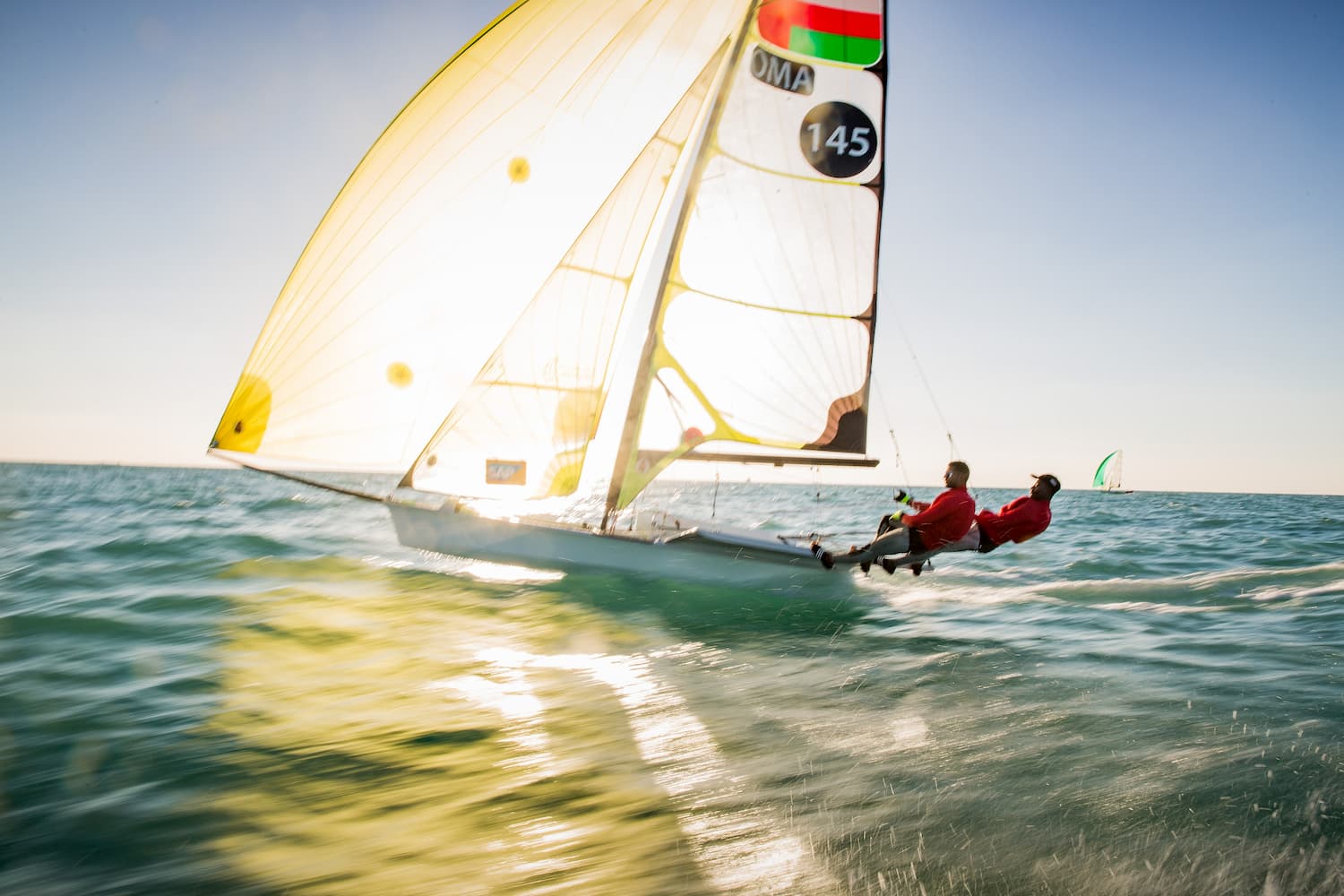 It is business as usual for Omani sailors Musab al Hadi and Waleed al Kindi, with the pair confident that the change of date for next week’s qualifying event for Tokyo won’t impact their performance.

The 2020 Asian 49er Championship, which doubles as a qualifying event for the Tokyo Olympic Games, was due to begin on March 15 in Abu Dhabi. However, as a precautionary measure due to COVID-19 (novel coronavirus), the event will now be held from 12-20 April.

Waleed said: “We are not too troubled by the date change. We have been training well as a team and have been very happy with our performances in both the World and Oceania Championships in Australia earlier this year.

“We know the venue in Abu Dhabi well and won gold there at the Asian 49er Championship last year. Our coaches and support team have been working hard behind the scenes and have come up with a great training schedule that will have us ready for when the Asian Championship begins on 12 April.”

Musab and Waleed are looking to make history as the first Omani sailors to qualify for an Olympic Games. To earn a place in Tokyo, the pair must finish as the highest ranked team from Asia, excluding host nation Japan. At their most recent event, the World Championships, Musab and Waleed finished two places and 11 points in front of the Hong Kong team of Akira Sakai and Russell Aylsworth, and Thailand’s Don and Dylan Whitcraft, with both finishing the event with 157 points.

Musab said: “It will be a big challenge to qualify for Tokyo but Waleed and I are both confident that we are capable of doing it. It is very exciting to be in this position and we are determined to do our best and make our supporters and Oman proud.

“We were the top ranked Asian team at our last event, the World Championships in Geelong, Australia, so we are well placed going into the Olympic Qualifying event in Abu Dhabi. We just need to keep working hard and stay focused.”

Helping Omani sailors qualify for the Olympic Games has been a key aim of the first ten years of Oman Sail. Oman Sail was established in 2008 with the blessing of His Late Majesty Sultan Qaboos bin Said al Said, may God rest His Soul, to rekindle Oman’s maritime heritage, promote the Sultanate of Oman around the world through sailing and provide long-term learning opportunities for the youth of Oman.

Oman Sail CEO David Graham said: “Oman is so close to qualify for the 2020 Olympics in Tokyo. It’s a culmination of hard work from Musab and Waleed, their coaches and the wider team that have put us in this position. Musab and Waleed’s work ethics are enormously high and they are outstanding ambassadors to the youth of Oman.”

Young team Ahmed al Hasani and Abdulrahman al Mashari will also be competing at the 2020 Asian 49er Championship next month in Abu Dhabi. The pair had recorded a respectful 70th place finish at the World Championship, and greatly improved while competing against the world class field.

The announcement of what team has qualified will be made on the final day of the Asian 49er Championship on 20 April. The 2020 Tokyo Olympic Games will officially begin on 24 July, with the 49er sailing events to be held from 28 July – 3 August at Enoshima Yacht Harbour.