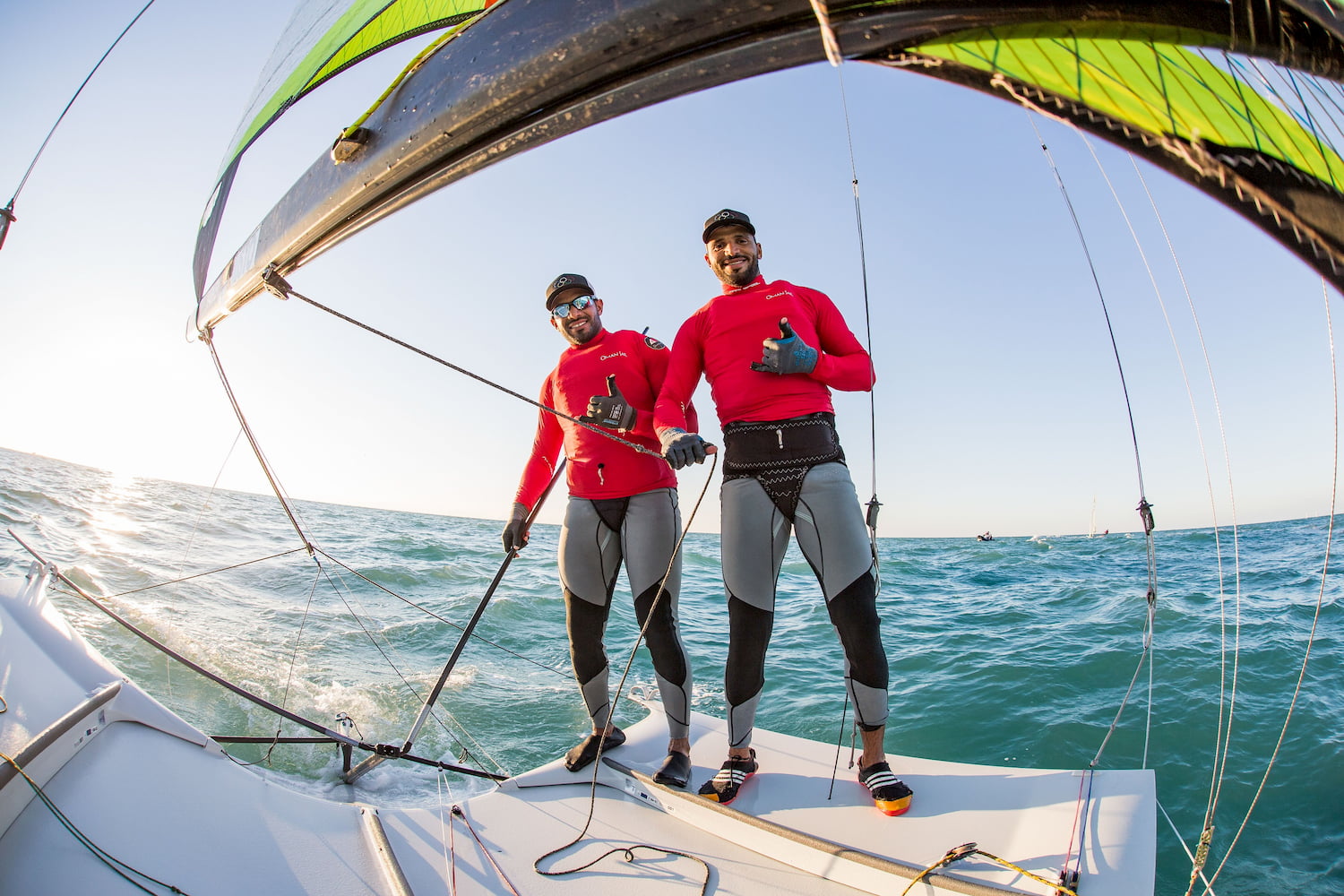 Racing against the world’s best 49er dinghy sailors in a fleet consisting of 78 teams from 27 countries, the Omani duo are using the top level international event to prepare for next month’s Tokyo Olympics qualifying decider in Abu Dhabi.

To make history and qualify as the Sultanate’s first ever Olympic sailors, Musab and Waleed must finish as the highest ranked team from Asia – behind only Japan – at the Asian 49er Championship next month.

And going into the fleet racing phase at the 49er Worlds at Geelong on Thursday, they were ahead of teams from both Thailand and Hong Kong, their main rivals for the final Asia area Olympic qualifying spot, after the fourth day of racing.

Racing in the bronze fleet Musab and Waleed posted results including 5th and 7th places in early races to keep them on track to finish as top ranked Asian area team behind Japan, ending the day 17 points ahead of the Thai team.

Waleed said: “The conditions were tricky today for all of the fleets and teams, but it was a great experience for Musab and I, and ideal preparation as we work on our skills before heading to Abu Dhabi.

“We got two good results today, which shows we are competitive, and we did well to recover in a third race, which is all part of the learning curve as well.”

Also competing at the Royal Geelong Yacht Club in Victoria, Australia, are the second Omani team of Ahmed Al Hasani and Abdulrahman Al Mashari, who have also produced some impressive results in what is a highly competitive fleet, and were level on points with the rival Hong Kong team at the end of day 4. 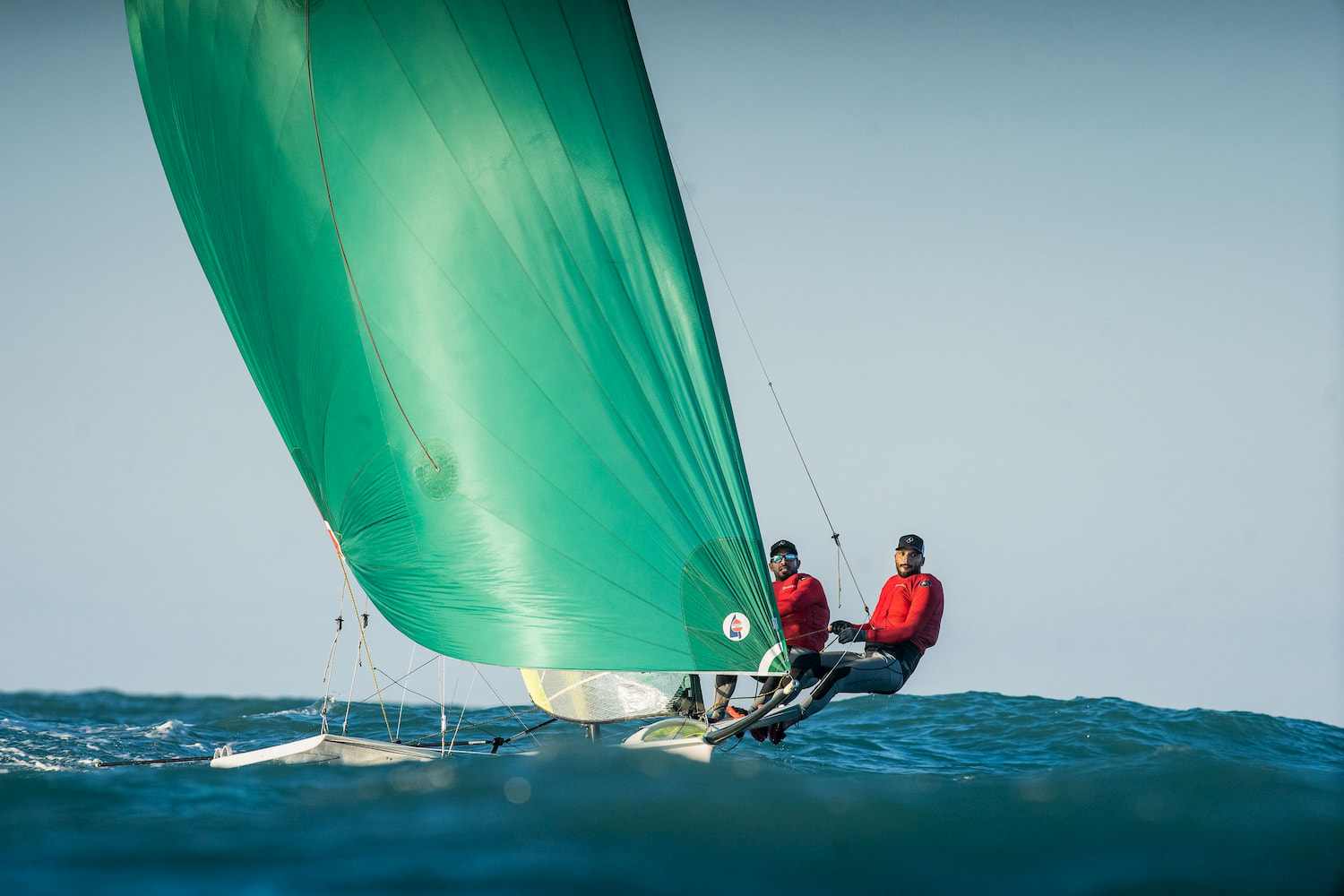 While strong winds on Geelong’s Corio Bay ruled out racing on the opening day of the World 49er Championship, conditions improved through this week to deliver perfect preparations for the Oman teams in the build-up to next month’s make-or-break Olympic qualifier in Abu Dhabi which starts on March 15th.

On show out on the bay are many of the world’s best 49er sailors, including Rio Olympic Gold medallists Peter Burling and Blair Tuke of New Zealand, Great Britain’s Dylan Fletcher and Stuart Bithell, and Spanish pair Diego Botin and Iago Lopez Marra, who won the 2020 Oceania 49er Championship last week. Overall leaders going into the final two days of competition are the Austrian team of Benjamin Bildstein and David Hussl.

Musab and Waleed’s road to the Tokyo Olympics is being backed by Oman Sail, which set a goal of qualifying for the 2020 Olympics when it was first established a decade ago.