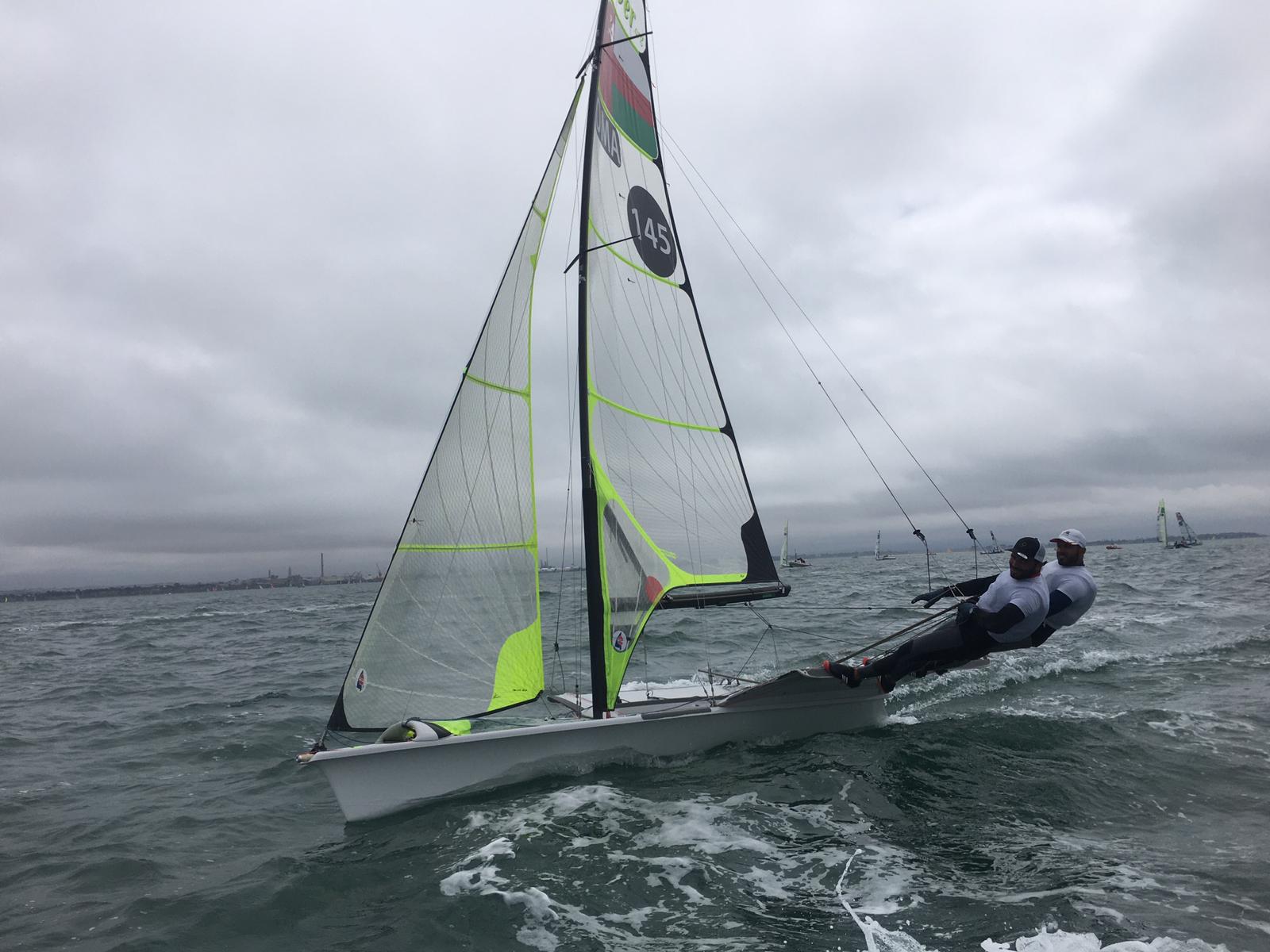 It’s the midway point of the 2020 World 49er Championship and Oman’s Olympic hopefuls Musab Al Hadi and Waleed Al Kindi are continuing to tick all the boxes in Geelong, Australia.

On what was the final day of qualification races, the wet and grey morning was thankfully replaced by some afternoon sun and a nice 18 knot south-southeast wind just in time for racing to begin on Corio Bay.

Three races were held in total in the 49er class and Musab and Waleed, who will next month attempt to become the first Omani sailors to qualify for the Olympic Games, once again finished the day as the highest ranked Asian team in the overall standings.

This is an important achievement for the pair. The World Championship is their final event ahead of the next month’s 2020 Asian 49er Championship and they must finish that event in Abu Dhabi as the top ranked team from Asia, excluding Japan, in order to make history and book a place in Tokyo. Musab and Waleed claimed gold at the 2019 Asian Championship at the same venue in Abu Dhabi last November.

Musab said: “It was another day where Waleed and I honed our teamwork and took away some good learnings. Being around the best sailors in the world and racing against them every day makes you a better sailor so we are feeling good at the halfway point of the event.

“Today was really about our other teammates, Ahmed [Al Hasani] and Abdulrahman [Al Mashari]. They raced brilliantly and were sixth in one of their races. Really great work and we are looking forward to all racing against each other in the bronze fleet tomorrow.”

The Omani contingent are two of 78 teams, representing 27 countries, that are taking part in the World Championship. Some of the world’s best 49er sailors are on show in Geelong, including Rio Olympic Gold medallists Peter Burling and Blair Tuke of New Zealand, who are currently leading on the overall leaderboard.

There are still three more days of racing to go before the World Championship concludes on Saturday 15 February. The two Omani teams will then return home to continue preparations for the Asian Championship and Olympic Qualifiers in Abu Dhabi, which starts 15 March.