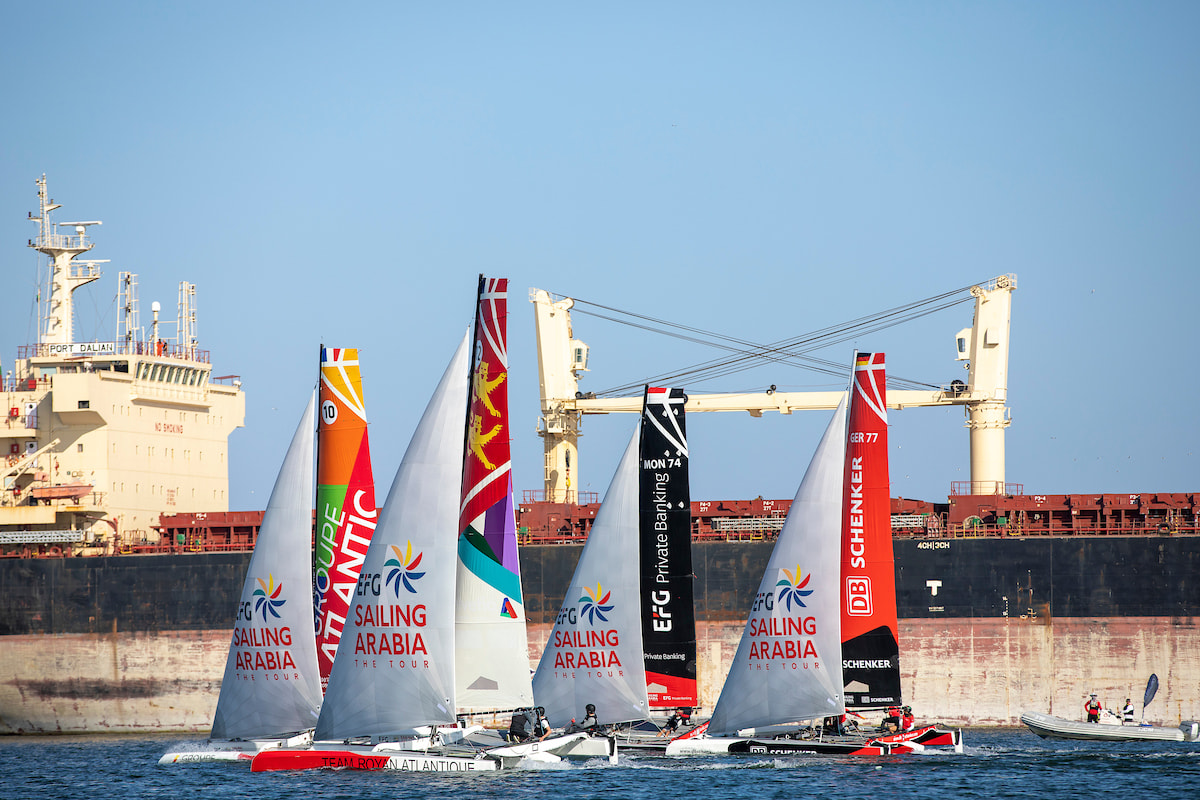 Stage 2 of the 2020 EFG Sailing Arabia – The Tour has wrapped in Oman’s port city of Duqm, and the competition is tight as the race travels north to Masirah Island.

A strong rivalry is developing amongst the top three teams EFG Bank, Groupe Atlantic, and DB Schenker following Stage 2 of the 2020 EFG Sailing Arabia – The Tour in Duqm, Oman.

While the top three remains unchanged from the opening Stage in Salalah, EFG Bank’s lead on top of the rankings has reduced following strong performances from both Groupe Atlantic and the all-female team DB Schenker in Duqm.

The conditions in Duqm, a major port city on the Arabian sea in central-eastern Oman, didn’t make things easy for the eight teams taking part in the tenth edition of EFG Sailing Arabia – The Tour. However, Groupe Atlantic, made up of Clement Cron and Aristide Gasquet of France and Spanish sailor Richard-Nebla Romèn, excelled to take out day one honours.

Aristide Gasquet said: “Day one in Duqm was a really great day for us as we won the coastal raid by almost ten minutes. We also picked up two second places in the stadium races which saw us win the day overall which we were very happy with.” 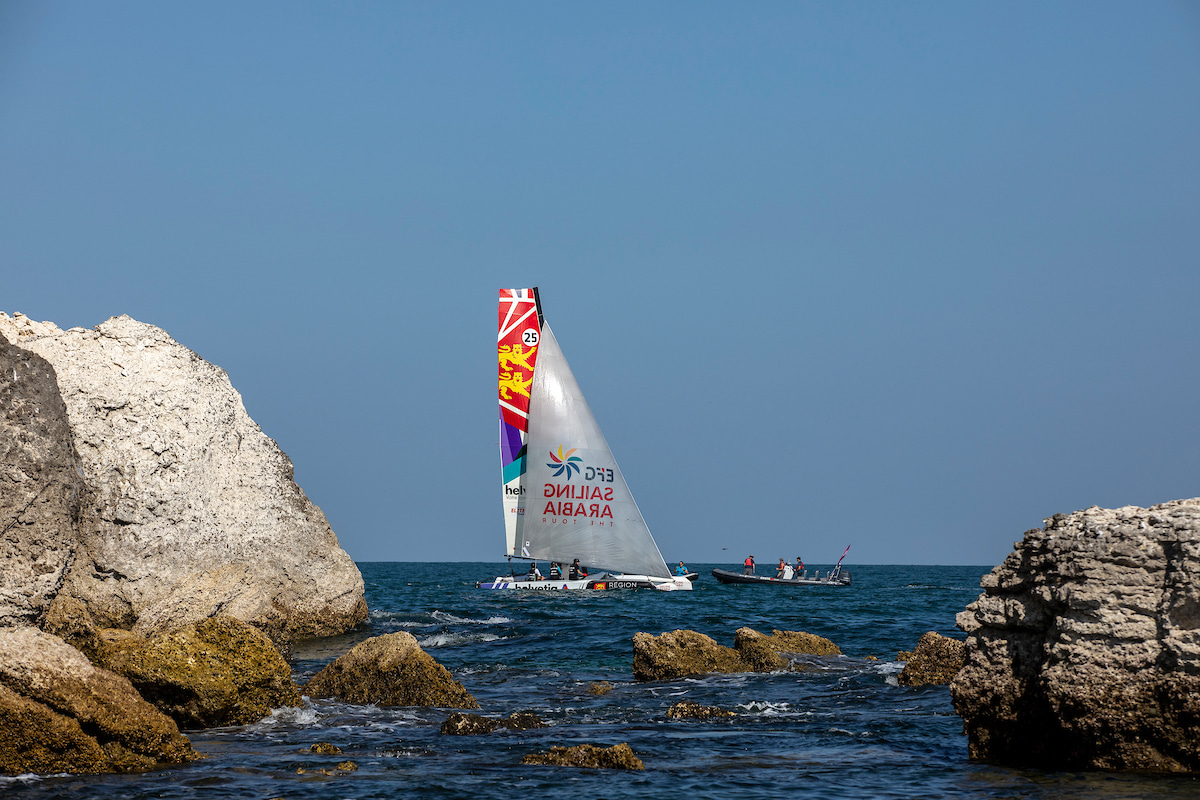 Of the rivalry between the top three teams, Aristide added: “Of course EFG Bank is the one to beat at the moment but I’m really impressed with the improvement of DB Schenker from last year to this year. This year they are much faster and are sailing much better and looking very strong. We are really enjoying the rivalry with them though we are still keeping a close eye on EFG Bank.”

Four stadium races were held on day two and despite a shaky opening race, EFG Bank rallied to come away with two wins to keep hold of the top spot in the overall rankings.

Omani crew member Ali Al Balushi said: “The very light conditions very difficult, and we were very up and down in the positionings. DB Schenker was very strong today, as was Groupe Atlantic, so it was really tight racing. My team did what we set out to do which was to be in the top three boats.

“The third stage in Masirah is going to be very tight as well so while we are happy with where we are, we need to focus and be on our game for the remaining three stages.”

Masirah Island, the host venue for Stage 3, is the largest island in Oman and its strong and consistent winds has made it a haven for sailors and windsurfers alike. It is a place DB Schenker crew member Lauranne Mettraux knows well and the Swiss sailor said: “I’ve been to Masirah before and it’s beautiful but I think we will be facing light winds again in and some shifty conditions so we are going to make sure we get a good rest.

“The competition is very strong but I believe that we are up to the challenge. Going forward, we need to be more focused and keep that focus for every race.”

A total of eight teams are taking part in the 2020 EFG Sailing Arabia – The Tour, made up of sailors from Oman, France, Switzerland, and Spain. Over 15 days from 26 January-8 February, the teams will race onboard a fleet of DIAM24s in five diverse and beautiful locations along the Omani coastline.

Following the opening two stages in Salalah and Duqm, the 2020 EFG Sailing Arabia – The Tour will continue to make its way up the Omani coast, stopping in Masirah Island and Sur, before holding the championship deciding two days of racing in Muscat on 7-8 February.