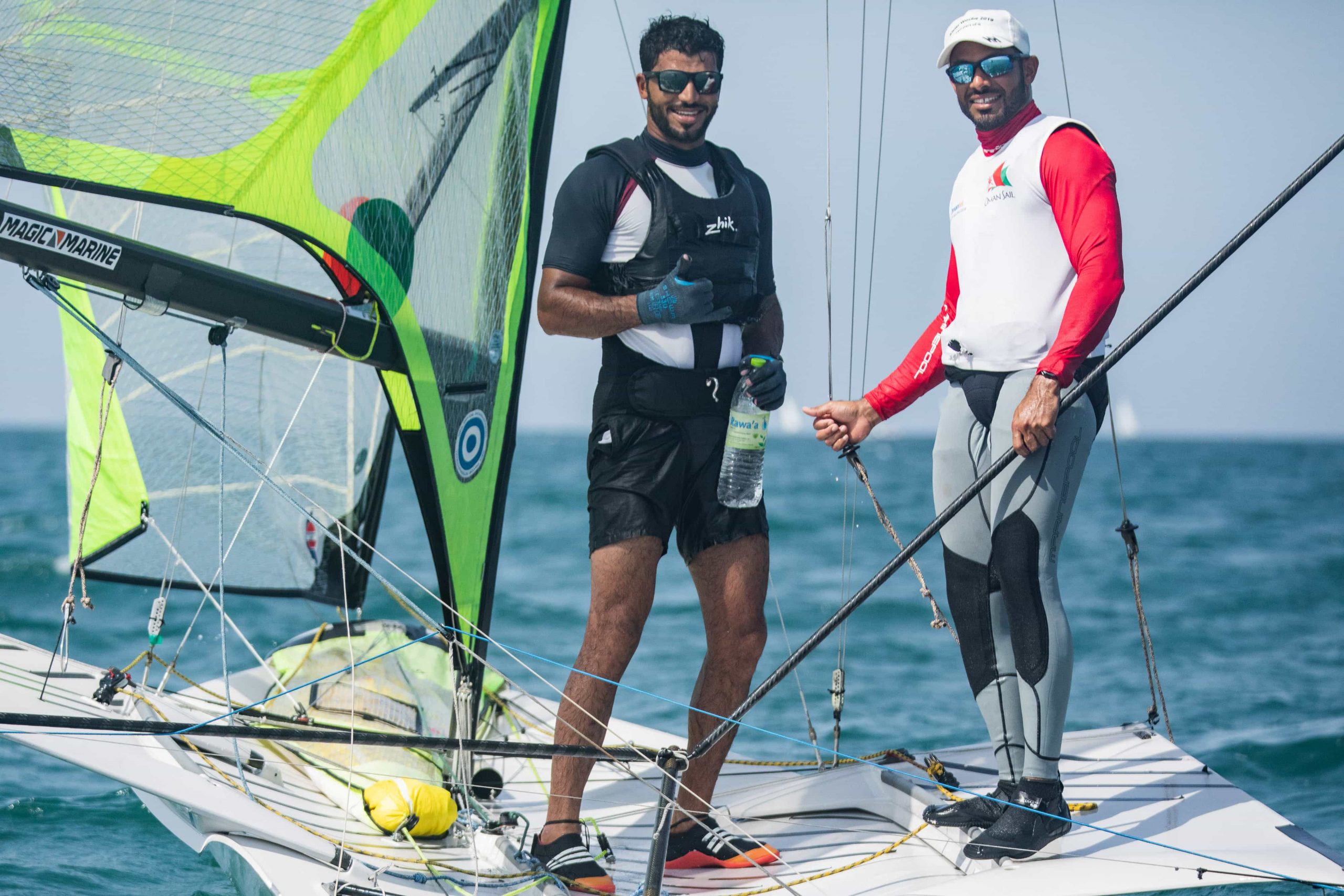 Muscat, December 2nd 2019: The 49er World Championships, which run from 3-8 December in Auckland, will be another stepping stone for Musab Al Hadi and Waleed Al Kindi, who are aiming to make Olympic history.

The 49er World Championships are set to be the biggest test yet for Oman’s Musab Al Hadi and Waleed Al Kindi, who are competing to become the first Omani sailors to qualify for the Olympic Games.

The pair will be up against some of the world’s best over the next six days in Auckland, New Zealand, with the field to include locals and Rio Champions Peter Burling and Blair Tuke and Oceania Championships winners Benjamin Bildstein and David Hussl of Austria.

Musab said: “We’ve had a really good training period here in Auckland and the experience gained during the Oceania Championships was invaluable.

“We are feeling really confident ahead of the next few days and our teamwork is getting better and better with every day out on the water. Our goal is to keep learning from our competition and keep building towards our Olympic Qualifiers in March next year.”

Also representing Oman at the 2019 49er World Championships in Auckland will be Ahmed Al Hasani and Abdulrahman Al Mashari. Both Ahmed and Abdulrahman and Musab and Waleed are part of the elite programme at Oman Sail, which is celebrating its ten-year anniversary.